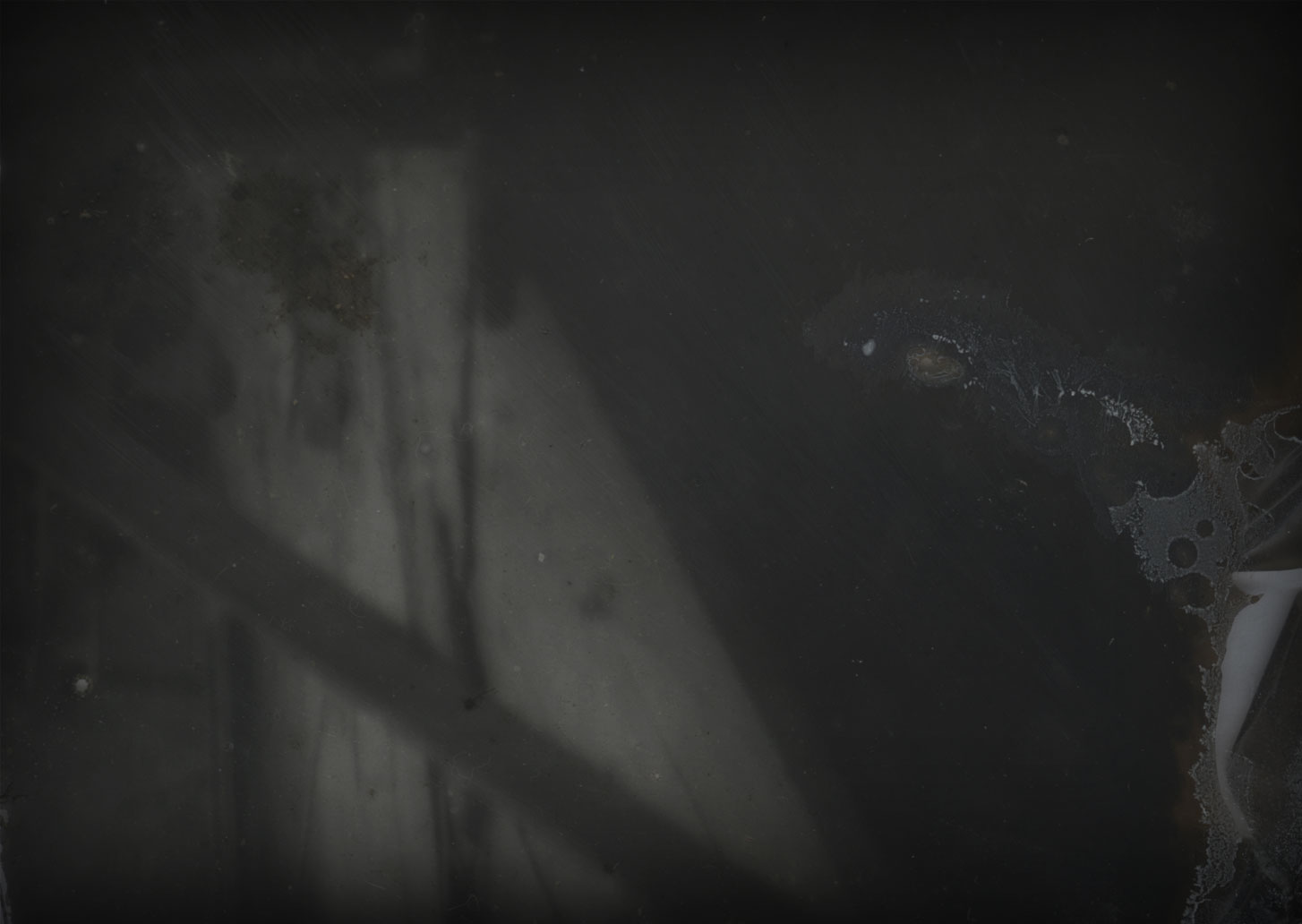 Andrzej Wełmiński was born on April 30th, 1952 in Cracow. In 1968 he enter Fine Arts College in Cracow. Gets accustomed with various graphic art techniques and experiments with them. He studies in class French horn and trumpet then in School of Music. With a group of colleagues (a./o. Stefan Sendecki, Antoni Mroczek, Roman Siwulak) starts a jazz band. Together with Romek Siwulak he discovers new occurrences in contemporary art and their joint actions begin to focus on this right field.

In 1970 he meets Tadeusz Kantor. Together with Romek Siwulak he makes "Morning Happening or The Yellow Suitcase" on Cracow's Blonia. Shortly afterwards Tadeusz Kantor wrote an account on that event. In the very same year he organizes Pop Graphics exhibition in apartment at Czysta Str. The exhibition was a response to International Biennale of Graphic Arts and exhibited various industrial printings. In 1971 joint exhibition in Foksal Gallery in Warsaw, with R. Siwulak. Among the other works there were exhibited: Window (the view through that window is shown on the photo below), Landscape Strictly Forbidden, Emergency Brake, To Crumple. They exhibit their works unnamed. He has a hand in the cycle of exhibitions organized by the Foksal Gallery. Participates in the critics and artists session in Kuźnica on Hel Peninsula.

2nd anonymous exhibition (joint w. R. Siwulak) Foksal Gallery. The exhibition was arranged as an installation consisting of three works: Glorification, Antimanifestation, 2-Floor Poem. He enters the Academy of Fine Arts in Cracow at the Faculty of Graphics. In 1973 gets an invitation to participate at 8th Biennale de Paris. Together with R. Siwulak they prepare the new works. Ministry of Arts & Culture does not approve and refuses to support their participation in that event. He becomes a member of Cricot-2 Theatre. From that moment on he participates in all realizations and spectacles of the theatre. Trip to Edinburgh and Glasgow with Cricot-2 Theatre as an actor playing role of the Gipsy in Dainty Shapes and Hairy Apes, or the Green Pill.

He works on objects being percepted not only with sense of sight. Ideas of hiding, peeping and specific contact with reality are the major questions he focuses his artistic activity around. In Tadeusz Kantor's spectacle Dead Class he creates The Old Man with a Bicycle. In January 1976 within the scope of the joint with R. Siwulak exhibition Behind the Wardrobe he exhibits his works: Behind the Wardrobe, Under the Doormat, ...and a cane, Pilgrim. All these installations connects the idea of the exhibiting negation, exploration of unofficial areas, change of the status of a viewer from a watching one into a peeping one, use of poor materials (tar, dirty water, gray soap) and references to Bruno Schultz's poetics of the dark corners, mouse holes, mouldy spaces under the floor and chimney ducts. Trips to Edinburgh, Cardiff and London with Cricot-w Theatre. Meets Teresa and marries her. Teresa soon becomes an actress of Cricot-2. 1977 – graduation at lithography studio of professor Wlodzimierz Kunz. Trips with Cricot-2 Theatre's spectacle Dead Class to Amsterdam, Nuremberg, Nancy, Paris, Shiraz, Belgrade, Brussels, Gent, Lion, Lille.

Paintings on silk come into being. Participation in "The Foksal Gallery Artists", Warsaw. Work on Tadeusz Kantor's spectacle Let the Artists Die where he takes the part of The Waiter and Veit Stoss. The rehearsals are in Cracow in Nurnberg where the premiere takes place. Trips with this spectacle to Milano, Paris, New York. 1986 - Trips with Cricot-2 Theatre to Spain, Italy, West Berlin, Holland. 1987 - Tournée with Cricot 2 Theatre around Spain, France, Austria, and Italy and Argentina as well. 1988 – work on Tadeusz Kantor's spectacle I Shall Never Return where he takes part of the Pub Tender and Odysseus. Trips with Cricot-2 Theatre to West Berlin, USA, Italy, France, Spain. 1989 - Tournée with Cricot 2 Theatre around France, Spain, Italy, Portugal, Germany. 1990 – he paints the Black Stove and the White Stove. Individual exhibition at Foksal Gallery, Warsaw. Individual exhibition at Krzysztofory Gallery, Cracow. Rehearsals to the next Tadeusz Kantor's spectacle Today is My Birthday, where he creates the role of Kantor's Self-Portrait and Meyerchold. On December 8th Tadeusz Kantor passes away. Actors decide to bring the spectacle to its premiere.

Premiere of the spectacle Today is My Birthday in Toulouse. Tournée with this spectacle to Paris, Maubeuge, Nimes, Berlin, Milano, New York, Venice, Munich, Edinbourgh, Madrid, Brest, Antwerp, Genua, Cagliarii. 'Votive Tablets' individual exhibition, Starmach Gallery Cracow. Designs and gets ready the theatre action Anatomy Lesson according to T. Kantor – Debate. The performance was put on with a part of the Cricot-2 Theatre troupe and with participation of the critics invited, as a homage on the first anniversary of his death – Krzysztofory Gallery, Kraków, 1991. 1992 – individual exhibition Cieszyn University Gallery. "... Wełmiński's votive paintings are built on the contradiction rule: endurance and fragility. Glass cliché's, on which the characters from the last spectacle are appearing – like ghosts, are fixed to heavy plates, covered with cold zinc steel. The following characters are recalled by the artist: Self Portrait, My Mother, Infanta according to... They feature delicacy and impermanence of the "mnemonic forms". Are easy destructible, may break into pieces, vanish like a recollection. Massive, metal frame seems to be a porta mortis....” - Anna Baranowa. In 1993 together with a group of actors of Cricot-2 Theatre he starts working on the next spectacle Maniacs or Their Master's Voice. Maniacs' premiere in "Solvay", Cracow. "Ruins" individual exhibition, "Solvay", Cracow. "Apocrypha" – individual exhibition, Krzysztofory Gallery, Cracow. Spectacle Maniacs shown in Cracor, Jelenia Gora, Valladolid, Cagliari.

Pontlevoy Procession – outdoor theatrical action put on together with students of University of Washington, Pontlevoy France; 2010 "…and the ravens have not returned to their nests" - spectacle worked out with 15 students of the Drama Faculty of Tehran University within the scope of symposium on Tadeusz Kantor. Persian tale became the canvas for a half hour performance, Tehran, 2011. Traumatikon, Rose Bruford College, London. Spectacle put on with 45 students. Drawing called Café Europe was an inspiration – T. Kantor in a spiral form wrote the names of the greatest artists – look only who is included there… But in this case it was for the student to suggest the characters, to populate the café, or a shabby tavern rather, together with its stories and episodes. One of the stories grows up to enormous sizes and overwhelms the café reality, like a coelenterate… Flammarion The spectacle made with an international group of artists, became an homage paid to Ellen Steward (1919 - 2011). The spectacle was put on in a desacralized church Chiesa di San Simone within the scope of La MaMa Spoleto Open Festival and Festival del 2 Mondi in Spoleto. Exhibition of drawings Fotografieren Verboten Largo Oberdan, Spoleto, 2011.

2012 – Fotografieren verboten ! – solo exhibition at Largo Oberdan / Spoleto; 2012 – Fotografieren verboten ! – solo exhibition at Summerhall / Edynburgh; 2012 – free frame – collective exhibition at Songallery / London; 2012 – Pages from the Book of… – premiere of the performance at Rose Bruford College /London; 2013 – Theatre Collective Pontlevoy; Andrew Tsao, Jason Turner, Laura Pasetti, Charlotte Gosselin, Teresa & Andrzej Wełmiński; With School of Drama students of University of Washington. Our task was to promote Ctricot-2 Theatre idea and to pass the knowledge on stage arts, learnt by ourselves from Kantor. This is the Theatre understood as the autonomous art, seen in the context of the whole of the artistic occurrences and our aim was to reach to the roots of contemporary occurrences in fine arts. The starting point of our actions were the subjects and problems occupying the leading artists at the beginning of 20th century. The Croquis (sketches) referred to individual emotions and were invoking to the collective memory. The classes included not only vocal practices, physical, motion, rhythm mastering, ability to transform oneself and to transform the characters, but also development and construction of the objects and costumes essential for the stage etudes. The results of the collective work were presented to the audience at a public show titled Tower of Babel...; 2014 – Against Notingness or 3 cm Above an Empty Head… – premiere of the performance at Rose Bruford College /London; Edinburgh Fringe Fest;