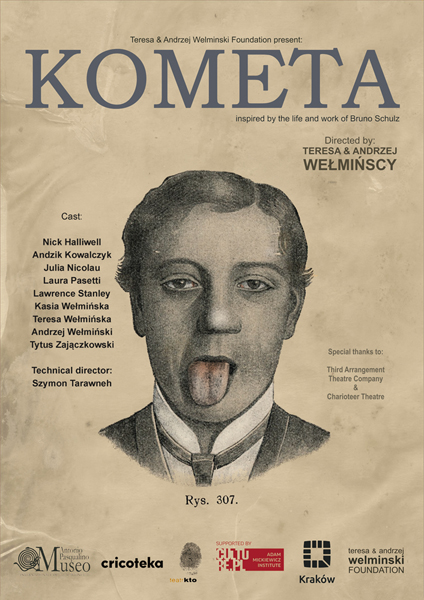 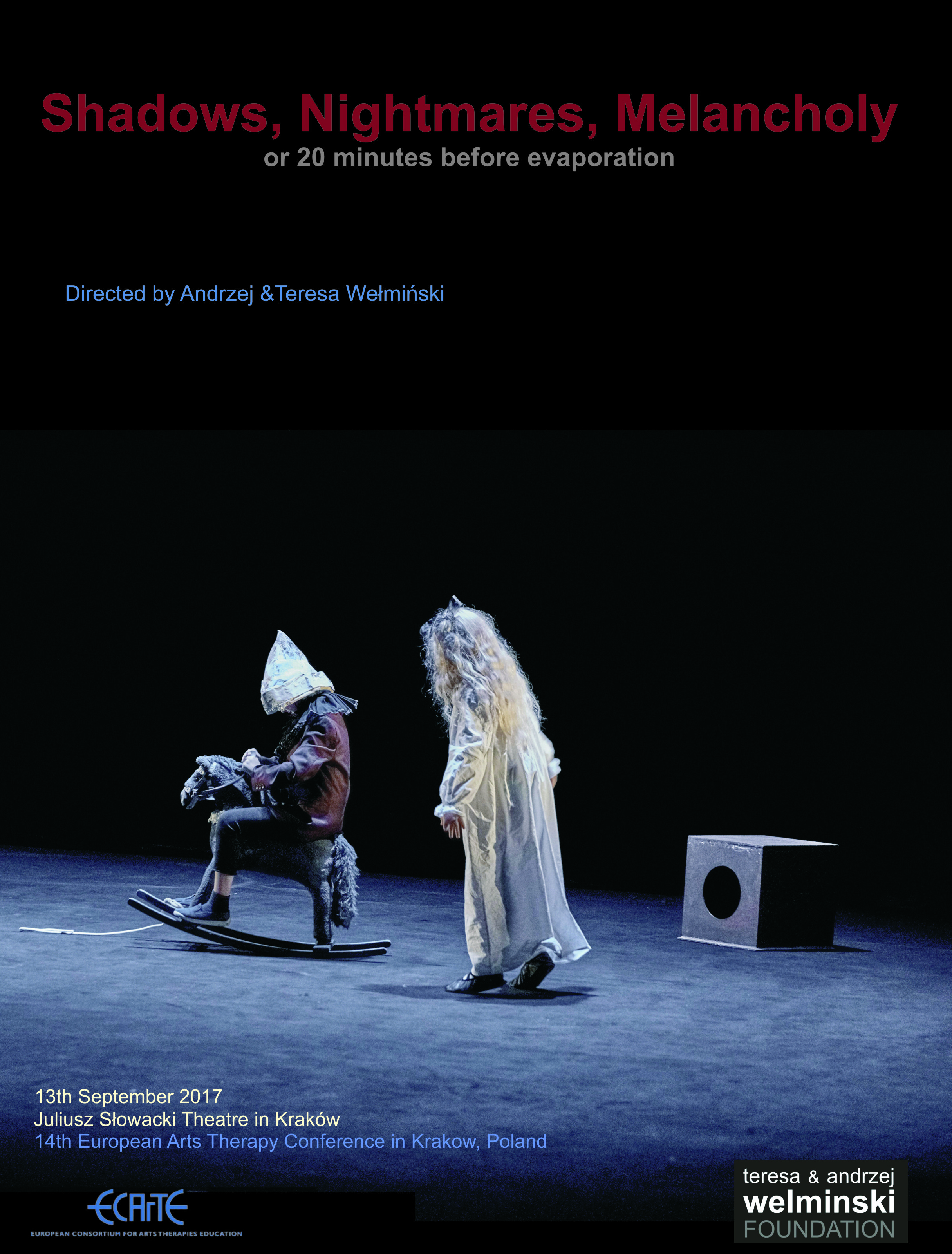 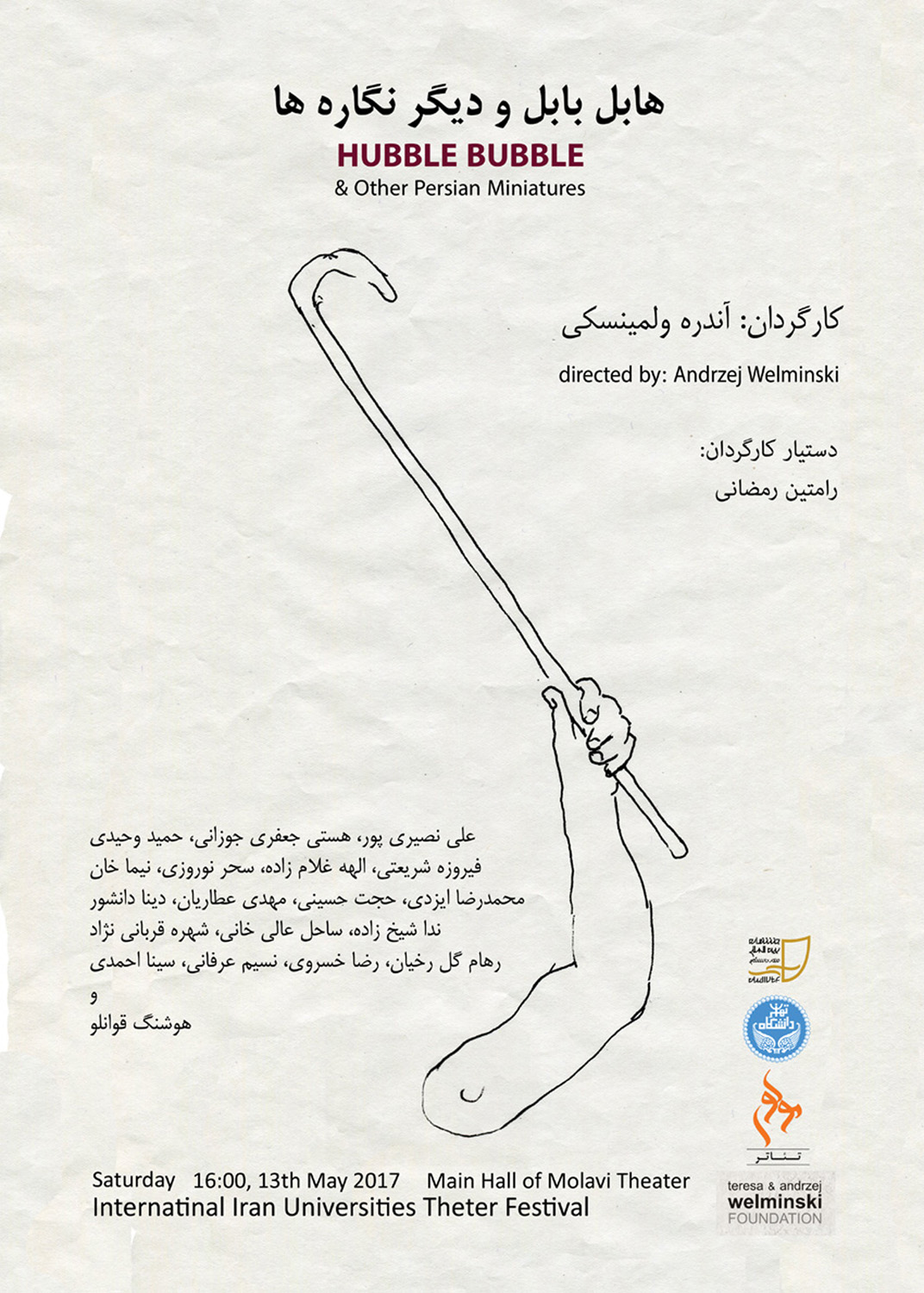 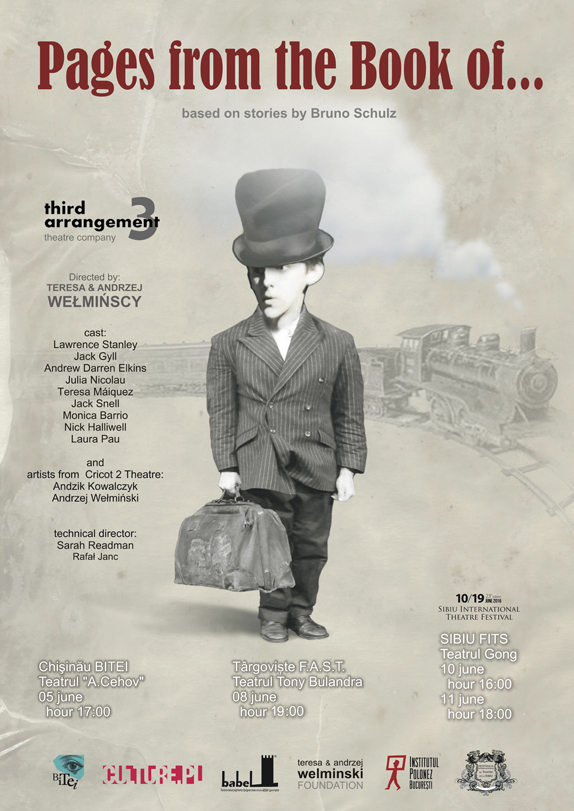 The spectacle Pages from the Book of… directed by Teresa and Andrzej Welminski and performed by the Cricot 2 Theatre artists (Andrzej Wełminski, Teresa Wełminski, Andrzej Kowalczyk) together with the international 3 Arangement group, inspired by the works of Bruno Schulz  presented at the festivals in Moldova and Romania. 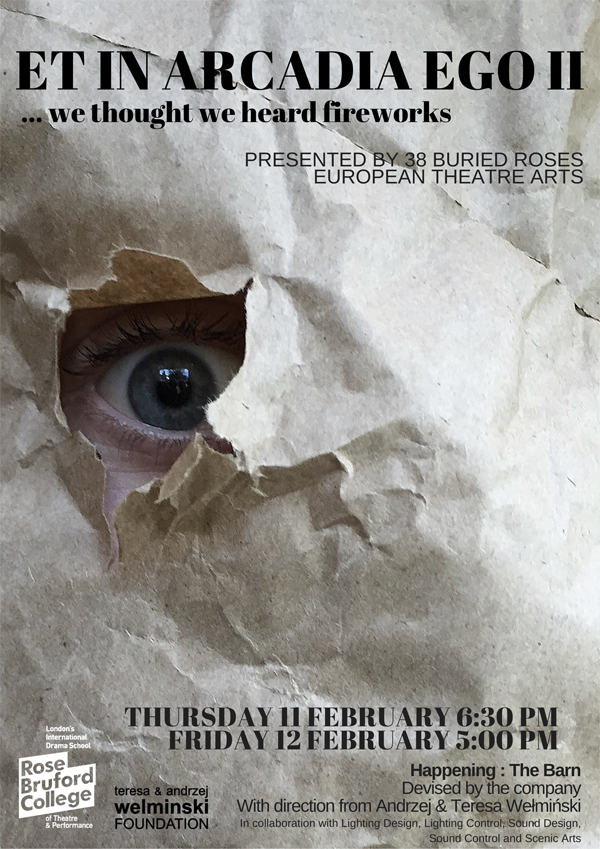 …we thought we heard fireworks

The performance is a continuation and further development of the project commenced few months earlier at Cricoteka in Cracow. 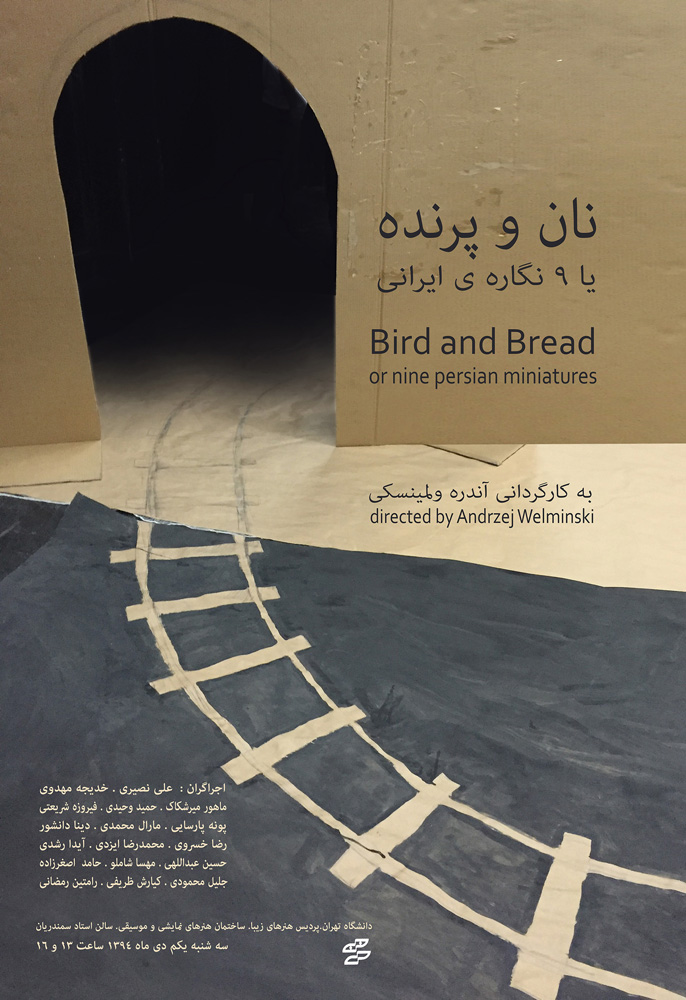 The spectacle prepared at the University of Tehran with Iranian artists within the scope of the Polish Theatre Days in Tehran. 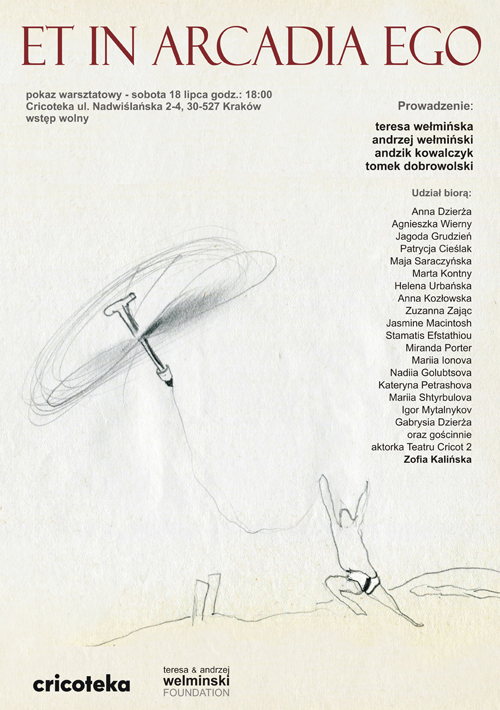 Cricoting realized with the participants of workshops conducted by Teresa and Andrew Welminski, Andzik Kowalczyk and Tom Dobrowolski with the actors of Cricot 2 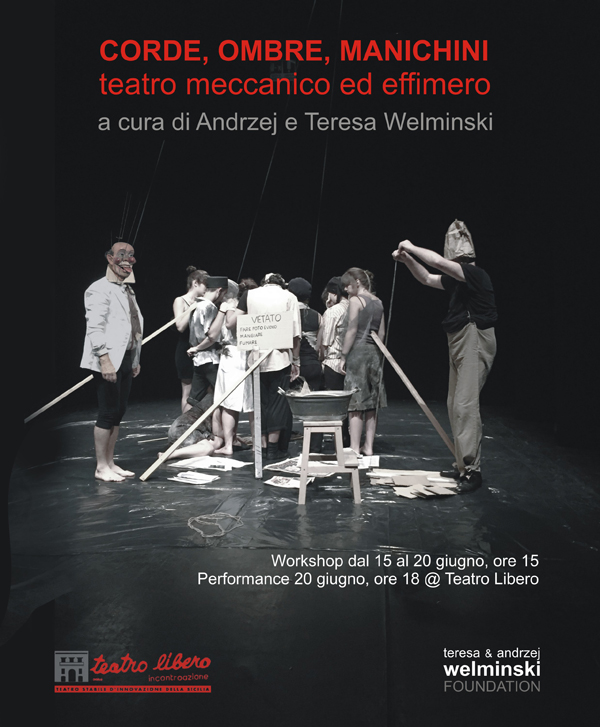 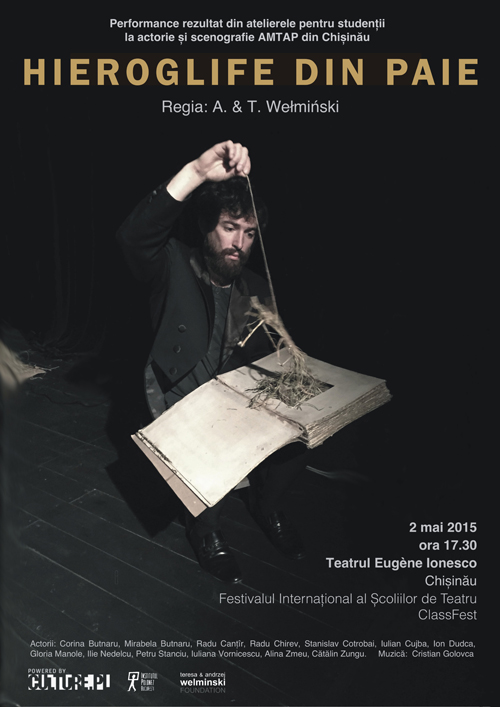 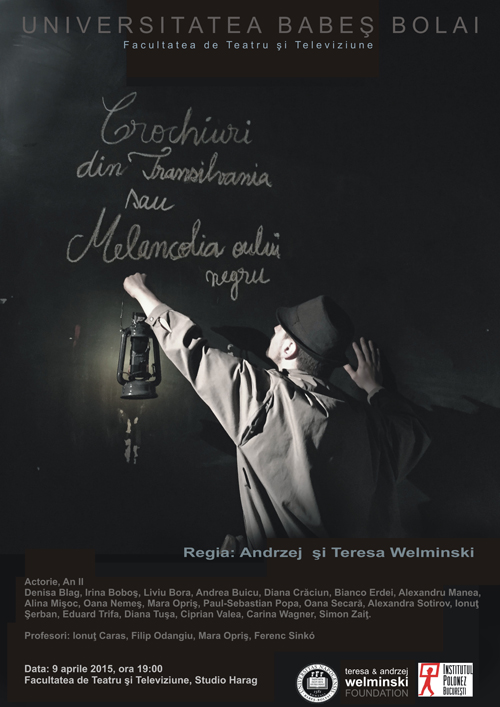 TRANSYLVANIA SKETCHES OR MELANCHOLIA OF THE BLACK EGG

Transylvania Sketches or Melancholy of the Black Egg

Next presentation of the spectacle: AGAINST NOTHINGNESS or 3 cm Above an Empty Head

3 cm Above an Empty Head…

Ontological spectacle in three acts with a prologue and an epilogue tableau, inspired by life and works of Stanisław Ignacy Witkiewicz.

„Though anything could have not existed and me neither – and I would have never emerged on this world out of nothingness - but still the stranger is an assumption that the world could have existed without myself...”

Stanisław Ignacy Witkiewicz, The Only Way Out 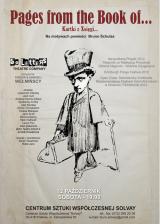 PAGES FROM THE BOOK OF…

PAGES FROM THE BOOK OF…

Inspired by the stories of Bruno Schulz

Directed by Andrzej and Teresa Welminski 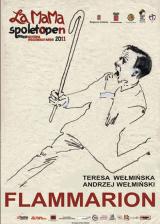 The spectacle made with an international group of artists, became an homage paid to Ellen Steward (1919 - 2011).

The spectacle was put on in a desacralized church Chiesa di San Simone within the scope of La MaMa Spoleto Open Festival and Festival del 2 Mondi in Spoleto. Spectacle put on with 45 students

Drawing called Café Europe was an inspiration – T. Kantor in a spiral form wrote the names of the greatest artists – look only who is included there…

But in this case it was for the student to suggest the characters, to populate the café, or a shabby tavern rather,  together with its stories and episodes. One of the stories grows up to enormous sizes and overwhelms the café reality, like a coelenterate … ...AND THE RAVENS HAVE NOT RETURNED TO THEIR NESTS

… and the ravens have not returned to their nests  (2011) Tehran

The spectacle prepared with 15 Drama Faculty students of the University of Tehran within the scope of symposium on Tadeusz Kantor. Persian tale became the canvas for a half hour performance. 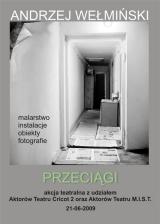 They were a theatre action accompanying the vernissage of my works of the same name at Villa Decius in Krakow. 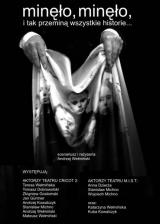 IT'S GONE, IT'S PAST GONE AND SO ALL THE STORIES WILL GO BY

it's gone, it's past gone and so all the stories will go by...

The spectacle put on by the actors of the Cricot 2 Theatre, together with the MiST Theatre troupe. It is a patchwork of the autonomous images, where in a free, movie-like editing there are scrolling the oneiric reminiscences from the legendary spectacles of the Cricot-2 Theatre. 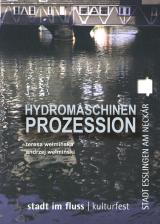 Street theatre action in form of the outdoor procession made within the scope of Stadt im Fluss Festival in Esslingen. 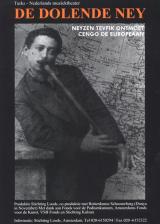 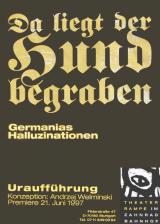 The subsequent spectacle put on with the troupe of Theatre Rampe of Stuttgart.

Polish-German relations, neighborhood relations of the two countries, shutting ourselves in and crossing borders, interfusion of cultures and differences in customs, Teuton nightmares and Polish hallucinations. From the onset reaching back to the mythical times of Nibelungs up to nowadays.

In a small, Medieval town of Esslingen near Stuttgart there is a museum of J.F. Schreiber – pioneer and propagator of lithography. Schreiber created marvelous books for children, which became 3-dimensional when opened, and sometimes movable even. That kind of a book was the main machine of the spectacle. Each consecutive page was opening a new episode... 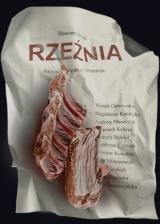 The spectacle put on with Teatr Polski in Bygdoszcz troupe on the motives of Slawomir Mrozek radio drama.

Listening to the radio is the only fun of a janitor during a long night duty, which he is spending in a lodge of municipal philharmonic hall. Right now a radio drama 'Slaughterhouse' by Slawomir Mozek is being broadcasted. Sleeping mind of the janitor is taken over with the images generated by the radio drama.  On the scene there come along the characters of the radio drama. At one point they take the initiative and completely go out of hand of consciousness. Noble municipal culture institution is endangered to the highest degree, it turns into municipal slaughterhouse, butchery, and the most lofty ideas have to founder. Even the managing director becomes the victim of the struggle for cultural values and ... There is not the faintest hope...

Cases of fainting and nervous shocks, women and directors trampled on retreat... Spectacle inspired by the mysteriousanagram of C.G. Jung inserted at the end of Septem Sermones ad Mortus. 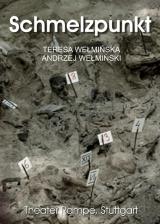 The spectacle referred to the quite recent crimes of genocide during the Bosnian War.

The counterpoint was the idyllic romantic poetry of Goethe and Schiller – song of naiads over a water-pond, melting over time into a gloomy and dark Tale of The Erlking. The theatre machine in this case was paper – landscape of paper. In the course of the performance drops of water dripping from the ceiling, out of a built on purpose installation, caused soaking of paper, exposing bodies of the actors and evoking images of emerging of the dead bodies of crime victims from the thin layer of dirt, mud and snow in time of the spring thaw and exhumations of the bodies... 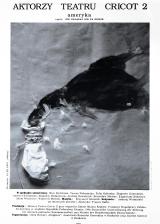 AMERIKA OR DON'T LOOK BACK

The spectacle in four acts with prologue and epilogue, based on motives of Franz Kafka novel. Karl Rosman is sent from his family home to America (because he had been seduced by a maid). He cannot find his feet in the new, ruthless world, he strays and becomes lost, like in a maze, in the system of sophisticated passages, corridors and drifts, which proliferate as roots and rhizomes. He falls into still the more intricate traps, which fate has in store. On his way he meets swindlers, impostors and false friends. He is manhandled, robbed, humiliated... 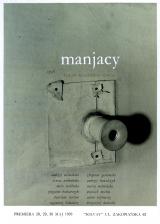 MANIACS OR THEIR MASTER'S VOICE The performance put on with a part of the Cricot-2 Theatre troupe and with participation of the critics invited, as a homage on the first anniversary of his death – Krzysztofory Gallery, Kraków, 1991. Limbo is a place you can’t escape from…

Memory and desire to act disappear…

All that remains is to wait

And wait even more stronger…

And court proceedings endlessly drag on