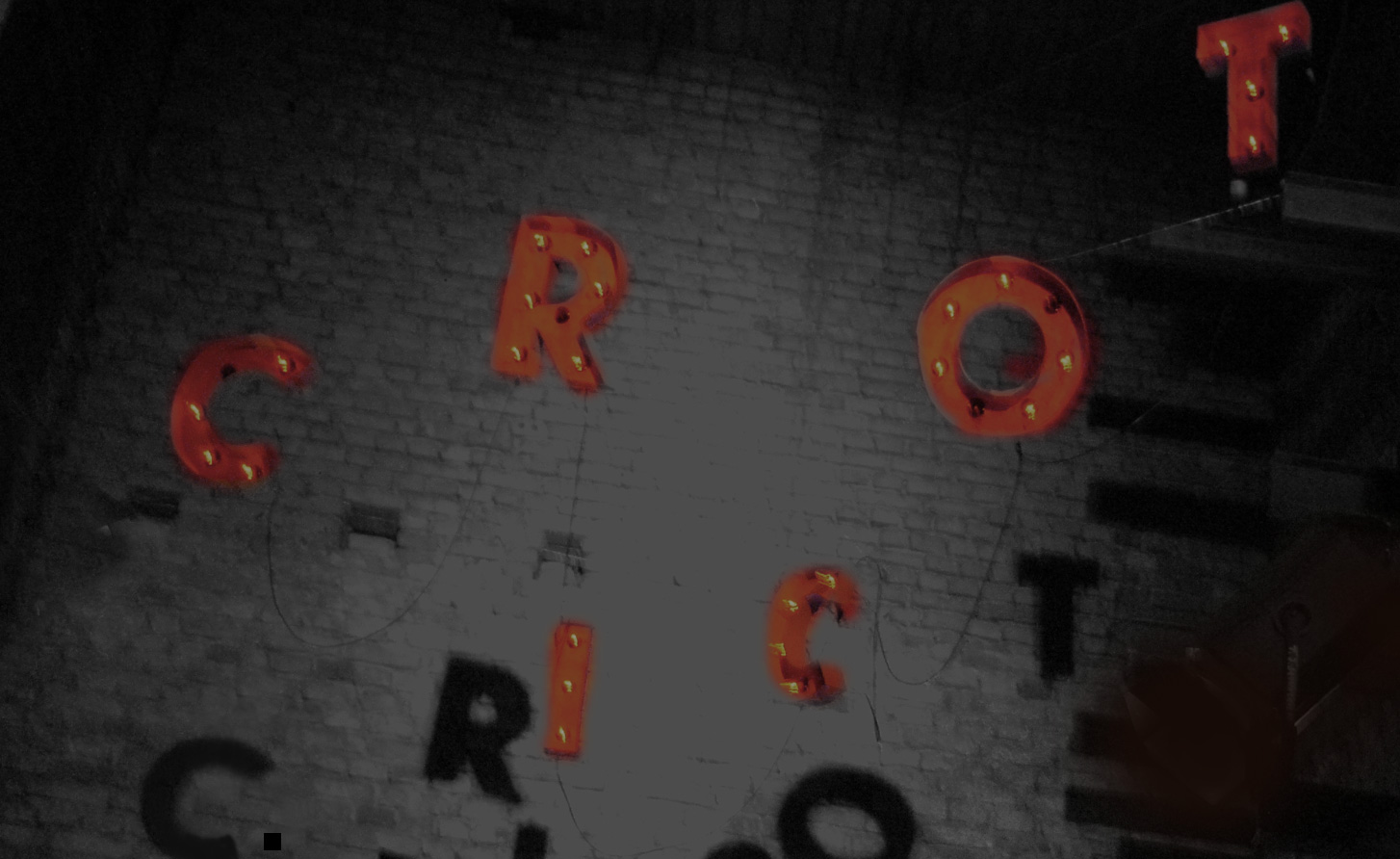 As our visual experiences and memories expand indefinitely our ability to arrange and order information is tested. Layering and sequencing, in this exhibition seen in Andrzej Welminski's photo-chemical drawings, Aaron Murphy's photo-montages, Tom Lovelace's light affected readymades and with Guy Gormley's lo-grade digital images, are formal consequences of a desire to deal with this issue: compiling or refining amounts of visual information into confined spaces in a dynamic and porous manner.

In 'free frame', then, the artwork itself, or series of artworks, become by necessity an inter-active experience: the impression is of images gliding together and fixing, often temporarily, before moving apart again. This movement is described by sequences and layers, by careful editing or subtle effects of light and tonality. What is not included is as significant as what is included: Whether by the photo-chemical stains obscuring Welminski's drawings, the negative traces on Lovelace's readymades, the concealing passpartout on Murphy's montages or the selective sequencing in Gormley's narratives.

Guy Gormley presents a series of images made from lo-grade digital files, their materiality exposed as they rest unmounted in wide perspex sleeves. His work is often imbued with a keen sensuality, worked from subjects that allude to the hidden and private, like close-ups of the body or surveys of landscapes. In a text written recently for the South London Gallery's Conch series Michael Grieve describes, "...the wonderful conversation between the form and the subject matter of Gormley's photographs, the pixelated BB [blackberry] prints return to the pictorialism of the want to be art photographers during Alfred Steiglitz's day in the early 20th century. Those photographers produced work that echoed painting and so made impressionistic like photographs. Gormley's pictures break up the object, fragmenting it but not in a brutal way but neither in the naïve romantic style of those pictorialists. This work knows itself, with every aspect thought through; the relationship between the limitations of the technology and how it manifests and what this means in relation to the subject, how does it change the way we perceive what is photographed?"

Tom Lovelace describes his works as 'sun objects' or 'photographic sculptures'. These pictures, found shop display boards, have been raised to a revered level of contemplation by a careful choice of framing. By this act Lovelace expresses a need for us to disengage from the traumas of work and instead to admire work done by imperceptible forces, the suns rays, and to be sensitive to what already exists. In a recent essay on labour Liam Gillick writes, "It is a continual flow between states of engagement and disengagement that provides potential and allows us to understand the why of production as opposed to the what." Other series by Lovelace, including 'Machine Studies', a group of fake, apparently useless machines, and 'Preparation for the Real', involving raw building materials used as plinths on which the artist stands, his body disappearing out of the picture frame, also address questions of usefulness, work and beauty.

Aaron Murphy exhibits works from his 'Silence' series, photo-montages which incorporate found as well as new imagery. Currently writing a Practice-led PhD on metaphor, narrative, rhythm and landscape, Murphy's work is noted for its looping and suggestive content as well as a highly skilled manipulation of photographs. He describes the pictures: "The palette of these prints is simple and monochromatic; each one beginning with a sheet of blue airmail paper, and cut with a window to hold an aging vernacular photograph – the majority of which came from the same album of family photographs. ...After scanning these blue sheets, I masked the people of the photographs with traces of other scanned surfaces: random and dusty pieces of darkroom paper, or cut-outs from other prints. The effect of these surfaces is similar to screenprinting, with each patch of additional texture containing a singular colour. This screening has a theatrical quality, with the blue window becoming a stage and the extra surfaces acting as curtains and background. A setting has been built over the faces in these old photographs, creating an unusual silence from playful and theatrical staging."

Andrzej Welminski lives and works in Poland, since 1973 as a member of Tadeusz Kantor's Cricot 2 theatre company and in close relationship with the Foksal Gallery. His art evokes universal themes about life and death, entrapment and escape, and our relationship to individual and collective histories. In the triptych on display, 'In Ruins', he develops parts of photographs on found paper and paints with photo-sensitive emulsion, allowing it to congeal in wells and cracks in the page. The work addresses the history of his native country, particularly in relation to the censorship and devastation inflicted on its people and culture by foreign occupation. On the floor of the gallery stands a receptacle on a stool with gas taps, a sculpture and object used in performances, Welminski also used this object as an alchemical device: putting drawings inside and flushing photo chemicals through it to affect the surfaces.

PAGES FROM THE BOOK OF...

PAGES FROM THE BOOK OF...